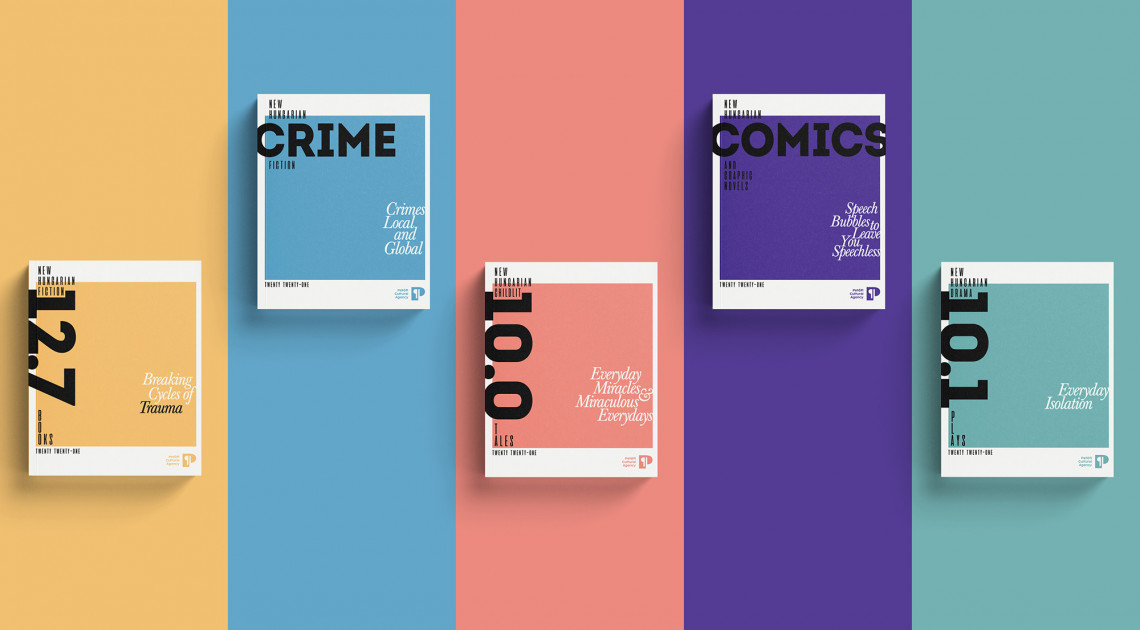 In 2020, the Petőfi Cultural Agency launched its “best of” series of publications, which present slices and genres of Hungarian literature. The series won a silver prize at the Hypnosis Creative Advertising Competition and a bronze prize at the RGB Creative Design Award. It has now grown to eleven volumes, adding crime fiction and graphic novels as new genres to the range of works included, alongside non-fiction, drama, and children’s literature.

The English-language catalogue is intended to offer a rich overview of the finest works of Hungarian literature from the past few years for people active in the world of international publishing. The designers have consistently striven to ensure that the series is easily recognizable at a glance, and from the perspective of layout and design, the eleven volumes all follow the same visual concept.

As director of the literary division of the Petőfi Cultural Agency and editor-in-chief of the series Dániel Levente Pál noted, “Last year, we focused on form and language. Our goal was to find common ground between professional advertisers and marketers on the one hand and experienced writers people in the book industry on the other. The main question was how to communicate literary works well and in a manner that will grab readers’ attention. If you use the kinds of lingos popular among insiders, you reach only a narrow audience of people already at home in the world of literature. But if you strive to sell the product too vociferously, you’re not making an elegant and innovative publication, you’re just throwing together a promotional brochure with a bunch of fireworks. I feel we have found a harmonious balance between the two, both in design and content. The two prestigious awards we have won confirm this, as does the positive feedback we have received. This year, we have expanded the concept: we have entrusted the process of selection to university professors and renowned authors, people who know the given literary genre in depth.”

The Petőfi Cultural Agency entrusted the task of editing the new publications to renowned experts in each genre.

Working Through Trauma, the effects of COVID-19 and everyday miracles

The ten contemporary dramas in the second issue of the drama publication New Hungarian Drama 10,1 Plays grapple almost without exception with questions of everyday isolation. Perhaps because of the measures we have had to take to deal with COVID-19, the last year has seen an unusually large number of dramas with small casts. Dramaturge Margit Garajszki touches on this and on the criteria for selection:

“Theaters rarely take on the challenge of presenting a play by a contemporary playwright waiting to be discovered on the big stage, so the dramas which were selected consist mainly of plays with small casts, which have a better chance of catching the attention and interest of foreign theaters. By their very nature, the plays are subtle, nuanced portrayals of the micro-dramas of everyday life, capturing the stages of loneliness. They are sometimes deeply dramatic, sometimes ironic, and sometimes ironically reflective.”

The latest edition of New Hungarian Childlit 10,0 Tales, a children’s literature catalogue with the slogan “Everyday Miracles, Miraculous Everydays,” features twelve works. Artemisz Harmath, literary historian, critic, and program director of the Center for Youth and Children’s Literature (IGYIC) at the Petőfi Cultural Agency, offers a detailed account of the editorial concept and the challenges surrounding the creation of the catalogue:

“The best of titles were initially recommended by IGYIC’s experts on children’s literature on the basis of their literary and visual merits, but at our request, children’s book publishers also recommended titles that they would like to see published abroad. From the large group of works suggested, the IGYIC staff chose 14 titles in the second round. The final list was compiled with the help of Enikő Sándor and Gabi Both, editor-in-chief of Mesecentrum.

With the selections, we have increasingly striven to take international demand in the past into account. Thus, it was with a heavy heart that we gave up on poetry books and anthologies, though we added to the list publications presenting Hungarian culture and Hungarian celebrities known abroad. We did not want too many of these publications, however, as we wanted to place adequate emphasis on fiction. We tried to maintain a balance between distinctively Hungarian “flavors” and foreign trends. Csenge Virág Zalka’s adaptations of folk tales (The Pirate Princess, Móra Publishing House) and Róbert Csaba Szabó’s book (Grandma Truly and the Hurried City, Gutenberg Publishing House) capture this balance within individual texts. The city of Cluj plays a prominent role in the second part of Grandma Truly, creating a distinctive backdrop for the essentially human conflict between nature and the urban space.

We have also striven to keep balance among publishers, taking care to ensure that exciting new literary releases are included alongside established names. In some cases, we included works which were the first or second book by a given author, for instance Ildikó Lipták’s We Only Wanted What Was Best For You (Pagony). This sparsely written, lyrical narrative is Lipták’s second literary work. IGYIC always has its eye out for cross-border publishers, and in addition to Grandma Truly (Gutenberg), we have found a linguistically rich collection of stories for young children by Eszter Sikó-Barabási (Kreatív Publishing House, Târgu Mureș).”

The latest issue of New Hungarian Fiction - 12,7 Books, the catalogue with the most remarkable gems from last year’s contemporary Hungarian fiction, focuses on traumas on the individual, family, and social levels and how to deal with them. The editor, Sándor Jászberényi, Junior Prima and Libri Literature Prize-winning author, spoke about the content of the catalogue:

“The most important perspective in the selections that were made this year was to present as broad a range of contemporary Hungarian prose as possible. We didn’t take any political criteria into consideration, but we did try to make sure that our publication was gender balanced. Homogeneity is the death of fiction - we strove to be colorful, like our literature.”

Text bubbles all over the place

New Hungarian Comics and Graphic Novels - Speech Bubbles to Leave You Speechless is a catalogue of Hungarian graphic novels from the past decade. The catalogue was designed to present the most striking trends in contemporary Hungarian comics and to highlight the diversity, from the perspectives of themes, genre, and aesthetics, of the book-length comics. Several of the graphic novels and comics presented won the annual Alfabeta Award of the Hungarian Comics Association, and several titles were nominated for the award. The selection of comics was edited by researcher and director of the Budapest International Comics Festival Dr. Eszter Szép. Szép shared the following remarks concerning the works included:

“I divided the comics into five groups: in the “Some Heroes are Silent” group, the heroes pursue their goals in fantasy worlds which are conjured with distinctively unique visuals (Miklós Felvidéki: Noname, Attila Matz-Futaki: Ink, Zsolt Vidák: Pipien Molestus - Meditation Special). In the group under the heading “I Breathe Art,” I put the comics that deal with creation and our relationship to our artistic heritage (István Lakatos: Rag Girl, Ákos Dudich-Gergely Oravecz: the Scrolls of Faith No More, Áron Kálmán: Csontváry). The subchapter entitled “This Ain't No Joyride” contains takes which are historical, post-apocalyptic, and social, as well as stories which explore questions of life both banal and big. While the aesthetics and genre traits of these works may differ, their creators all deal with questions of human existence and human endurance (Márton Hegedűs: Car Key Clan, Sinonimo-Levi: Kings and Crosses, Botond Lakatos: Revolt of the Worms, Petra Marjai: Eki & Coco). “Your Khaki Shirt Will Get Dirty” presents two adventure comics series, one evoking of the Indiana Jones stories, the other a steampunk reworking of historical characters and events (Roland Pilcz: YKX, György Somogyi-István Dobó-Szabolcs Tebeli: Kittenberger). Finally, under the heading “A Pinch of Magic,” I put together a selection of contemporary Hungarian children’s comics (András Tálosi-Gábor Molnár-Zoltán Koska: The Amazing Adventures of Courage and Porridge, Maria Surducan-Anna Júlia Benczédi: The Water Fairy).”

Literary historian and cultural researcher Sándor Kálai of the University of Debrecen, Department of Communication and Media Studies has written extensively over the course of the past decade on the history of popular culture and, within this, crime fiction.

The most important principle when it came to the compilation of the selection of contemporary Hungarian crime fiction was to provide a representative sample not only of the publications from the past few years, but also of the developments since the change of regimes in 1989–1990. It was thus important that Vilmos Kondor, who has made unparalleled contributions to the repositioning of the genre in Hungary with his crime novels, have a central place in the collection. The selection offers alluring samples from the most important series (works by Katalin Baráth, Róbert Hász, and László Csabai), and it also gives a sense of how novels dealing with contemporary affairs appear alongside historical crime fiction and how there is, in this genre, essentially an equal proportion of male and female authors. Hungarian crime fiction, which has become strikingly diverse, merits attention not only because of its innovations within the genre, but also because of the political and social issues it tackles. The genre is popular among writers and readers because it is sensitive to social issues and processes and can react quickly to political, economic, and social problems. The way in which the authors ofer local variations on global phenomena (for instance, the importance of women’s history in novels of Katalin Baráth, Eszter T. Molnár, Judit Szlavicsek and, above all, Éva Cserháti) is a matter of considerable contemporary interest both to Hungarian readers and, more broadly, European readers.

The Petőfi Cultural Agency distributes the publications online to foreign publishers, professionals in the world of publishing, and theaters. Hopefully, the series will be presented in print at Hungarian book fairs as the COVID-19 pandemic subsides.

The best-of series has won another award

The PLF series of publications won the Blue Award at the RGB Kreatív Design Awards. 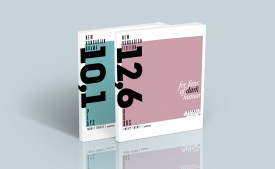 Touches of Black Humor and Socio-Horror

The Petőfi Literary Fund has made two new additions to its book series promoting Hungarian literature. 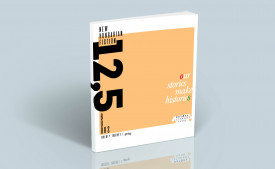 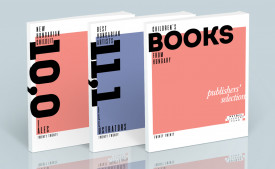 Support for Hungarian Children’s Literature Abroad is being Refreshed