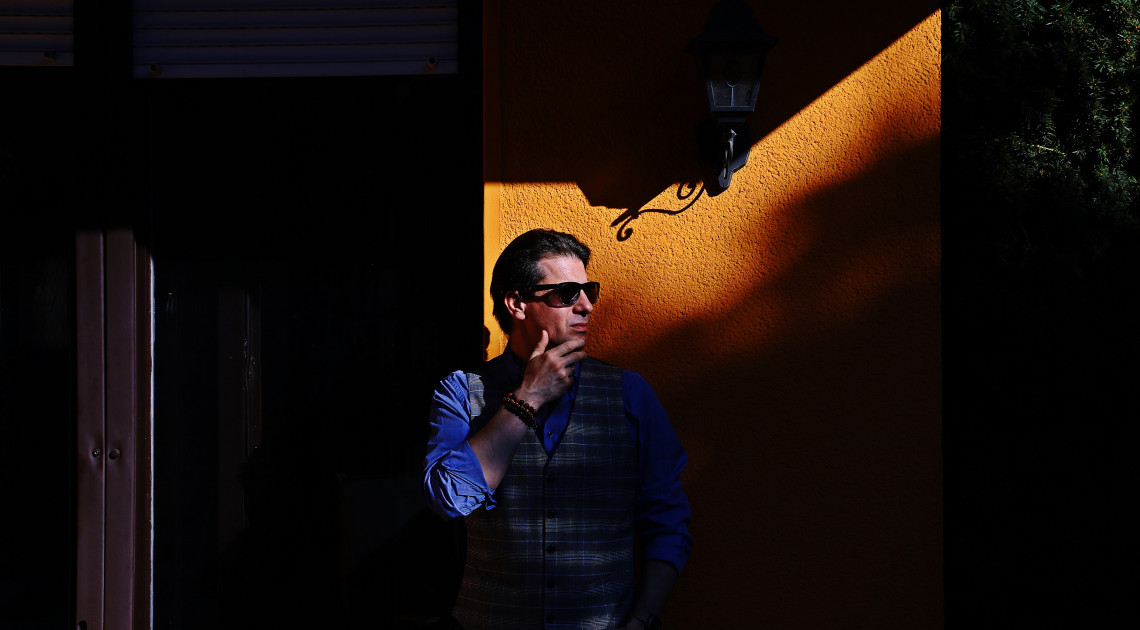 We don’t want to push our way into the crowd

Dániel Levente Pál spoke to orszagut.com, a portal on art and public life, about the successes of the Petőfi Literary Fund last year and its plans for the upcoming year.

Below is an excerpt from the interview.

One of the primary considerations which shapes the work of the Petőfi Literary Fund is vitality and engagement. The Fund is not intended to present showcases. Rather, it should serve real needs and channel untapped energies and bring new opportunities here, to Hungary, for major figures of Hungarian literary life.

One of our most important tasks was to rethink the tender possibilities for translations of works of Hungarian literature into foreign languages. Some of the new elements in this process include the more prominent place given to illustrated books and storybooks, promotion and support for works for the theater, and the so-called “micro-scholarships,” which help defrays the costs of travel for Hungarian authors who have been invited to appear abroad.

We even launched the world literature magazine 1749. After almost a year of operation, it has become very clear that it addresses an important need. We have published a lot of exciting discoveries and texts, and many foreign authors find strong Hungarian “synchronous voices.” Readers love it, and I would note that it has drawn in not only daily consumers of literature but also a very broad readership.

What did the final balance sheet look like at the end of last year? What programs were engaged in promoting Hungarian literature at home and abroad? How has the coronavirus epidemic affected these programs?

The coronavirus epidemic has made our job harder. Last year, we were preparing to take part in more than a dozen large international book festivals with Hungarian pavilions and an array of programs, and we were also preparing for some 50 smaller events and performances. Of these, four or five were held live, while the others were held virtually thanks to the creativity of the various organizers in this time of a pandemic which is affecting everyone in the world.

However, two of our finest ideas were made into realities. One is the PesText International Literary Festival, organized jointly with the Hungarian Literary Copyright Protection and Rights Management Association (MISZJE). The other is the publication of the first six volumes of our series presenting the best works of Hungarian literature.

What makes Hungarian authors catch the attention of readers abroad?

We don’t want to push our way into the crowd. Rather, we seek to present works, oeuvres, and authors which are beautiful and important, distinctive and engaging.

Of course, the fate of every work and every artist in this market depends on communication. And when it comes to communication, it is preferable not to introduce everything or everyone individually, but rather to notice trends, and not to focus exclusively on waves, but also on currents. I could mention an at-hand example, the crime genre as it is currently flourishing in Scandinavia. The term itself, Nordic noir, is familiar even to people who are not fond of the genre or could not name a single author. The marketing pros up north clearly did a good job!

We have already started to consider the potential directions on which we could embark. Certainly, the crime drama is one possibility. The genre has been undergoing something of a renaissance in recent years, and some exciting, very strong Hungarian novels have been published. Another possibility is the “new historical perspective,” which is a bit of a broad term which could apply to an array of distinctive works that have emerged independently of one another.

What plans do you have for the upcoming year?

If I wanted to be optimistic, I would say that we will continue work as usual. In other words, book fairs, events, safe planning, and implementation. In addition to continuing, developing, and expanding the areas and commitments listed above, we definitely want to launch our national writer residency program. The residency is important not only because of the works which are created within the framework of the program and the presentation of the resident foreign writer in Hungary, but also because the “resident diary” offers the participant a chance to present, in his or her native tongue, a city or site from our homeland as well as the adventures on which he or she has embarked here. It is difficult to imagine a more authentic and, from an artistic perspective, valuable approach to crafting an image of the country.