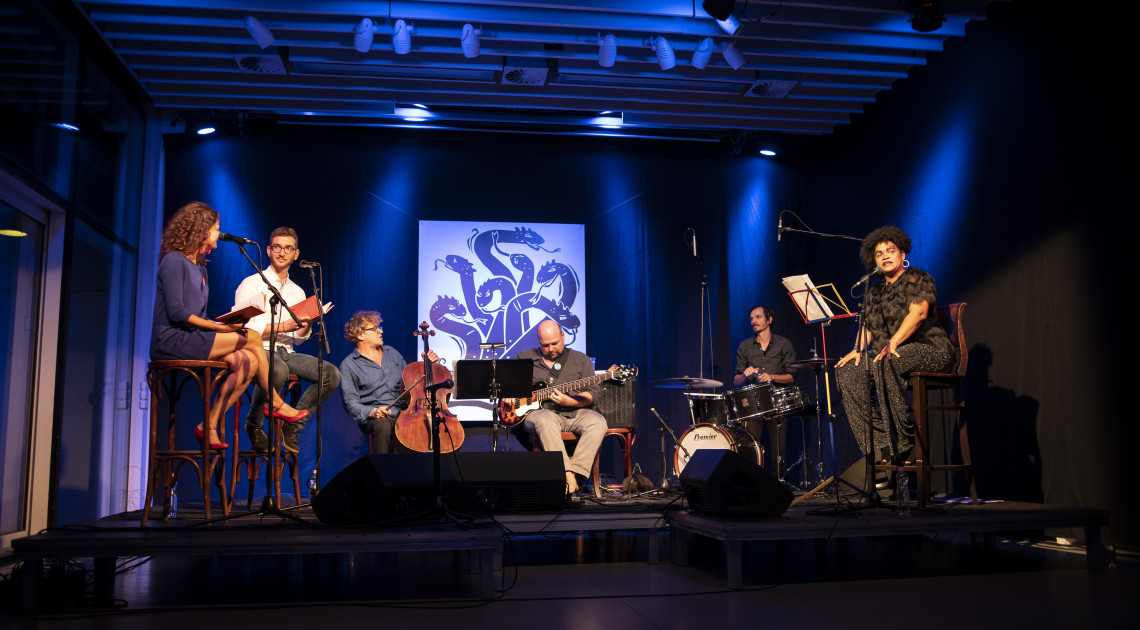 The PesText International Literary Festival was a great success

Responding with both alacrity and inventiveness to the challenges presented by the new restrictions put in place because of COVID-19, the organizers transformed PesText into a captivating hybrid festival the various events of which caught the interest of almost 100,000 people the world over. The success of the festival makes very clear that literature brings us together, perhaps even more so in this unusual time of global pandemic.

The restrictions on entry which came into effect on September 1 created remarkably frustrating challenges for the PesText festival team, as the result of a year of diligent organizational work might very well have gone straight into the trash can had the organizers thrown up their hands in despair. That is not what they decided to do, however. Much as the hydra, the symbol of the festival, grows two new heads for every severed head, in response to the restrictions, PesText grew with the addition of online programs which were held alongside the on-site events and exhibitions. Audiences were able to meet the guests of honor this year through pre-recorded video interviews and Zoom conversations. From the first day of the festival, the videos grew increasingly intense on the PesText digital platforms, and an array of exciting conversations will be made public after the festival. An hour-long interview with Boris Akunyin, PesText’s guest of honor this year, is already available online, as is a similarly engaging conversation with German theoretical physicist Sabine Hossenfelder, one of the central themes of which is beauty.

Thanks to the sedulous work on the part of the organizers to reinvent the festival in the last minute, live on-site programs were made available to audiences which can be followed through a stream that can be viewed anytime, anywhere. Although the events came to an end on September 25, the exhibition of the most beautifully illustrated children’s books from the Visegrád countries and the pop-up exhibition entitled Everyone Travels a Bit Differently are available for another week. The pop-up exhibition offers a selection from the works of illustrators related to the world literature program series. It provides glimpses into different yet similarly exciting visual worlds. The exhibition also presents works by Catarina Sobral, who won the Illustrator’s Grand Prix at the 2014 Bologna Children’s Book Fair. We were fortunate enough to catch the Portuguese writer and illustrator in front of our camera for a brief time.

PesText, which was held for the second time this year, was a remarkable success despite the many difficulties presented by the unusual circumstances, and it caught the attention of almost 100,000 viewers worldwide.

The various events can be seen at the following links:

More festival videos can be found at PesText Youtube Channel.

Check out the Reset Zin here!