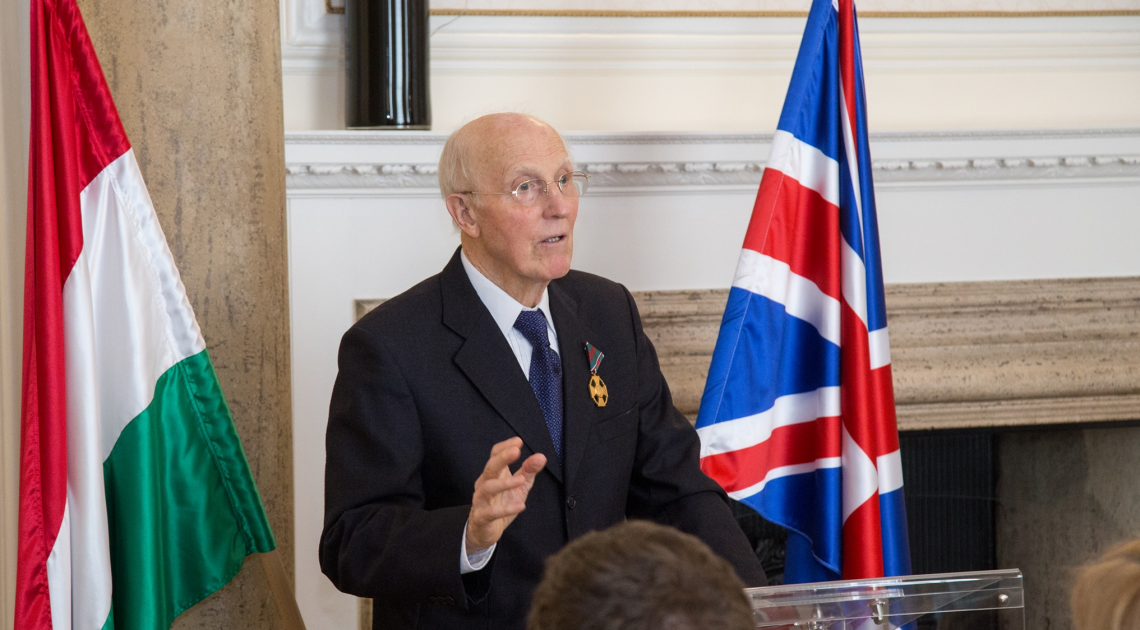 Len Rix was awarded the Hungarian Golden Cross of Merit

On 25 October 2021, literary translator Len Rix was awarded the Hungarian Golden Cross of Merit at the Embassy of Hungary in London. Rix has translated major classics of Hungarian literature into English, including Antal Szerb’s novel Utas és holdvilág, or Journey by Moonlight, and Magda Szabó’s novel Az ajtó, or The Door.

Máté Vincze, director of the Liszt Institute – Hungarian Cultural Centre in London, presented Rix’s work and career. Rix was born in 1942 in what is now Zimbabwe to British parents of no Hungarian ancestry. He first started to take an interest in Hungary in 1953, after the legendary match between the British and the Hungarian national football teams, and then again in 1956, when the newsreels of the time showed boys and girls roughly his age fighting Russian tanks in Budapest. These experiences awoke in him a respect and love for Hungary and Hungarians.

Rix brought Antal Szerb’s autobiographically inspired magnum opus, The Pendragon Legend, to English readerships in startlingly captivating translation. He also translated works by Szabó and Sándor Márai which offer subtle depictions of twentieth-century bourgeois Hungary. He has done a great deal to further a nuanced understanding of Hungary among English and American readerships and, indeed, English-language readerships the world over, and he has helped familiarize the world with the turbulent history of Hungary in the twentieth century.

Len Rix is not only a translator but also a vigorous representative of the Hungarian authors whose works he has translated. He has had his translations published in several places (primarily London and New York), and he regularly lectures on them and on Hungary in the (mainly academic) forums in which world opinion is shaped.

Following the ceremony, hosted by diplomat Dr. Fanni Sárosi, we hosted a lunch with several courses chosen by Rix for the participants, who included friends and members of Rix’s family, as well as people who have helped support his work.